This job has expired 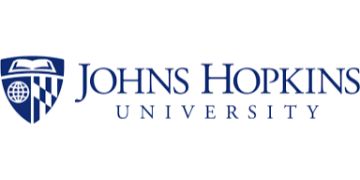 The Department of Anthropology in the Krieger School of Arts and Sciences at Johns Hopkins University is seeking to fill an open-rank, tenure track or tenured position in Inter-Asian Movements. We are looking for applicants whose work stands outside the dominant framework of nation-states and thinks across regions as the organizing principle for knowledge traditions. We are particularly interested in movements and networks of legal, technological, aesthetic or linguistic forms, multiple domesticities and family formations, and inter-religious circulation of texts, ideas and persons. Candidates should have a strong publication record of innovative work, a serious commitment to teaching at both graduate and undergraduate levels, and a record of attention to social inequality and/or impactful public scholarship. We anticipate a start-date as early as July 1st, 2022. The Department of Anthropology is committed to seeking a candidate who, through their research, teaching, and service, can contribute to the racial equity, diversity, and inclusion of the academic community.

A central theme in faculty and graduate student research has concerned questions of the everyday. Many of our faculty and graduate students, for example, have conducted field research in situations of turbulence and outright violence. Rather than relying on tropes such as that of horror and loss of humanity under such circumstances, they have paid attention to how violence may be understood as embedded in the everyday rather than taken always as an interruption of it. Several of our faculty have developed overlapping theories of the everyday that have challenged dominant models of trauma theory in the understanding of social suffering.

A second theme is the anthropological critique of theories of state and economy. Faculty in the department have widely challenged predominantly spatial and territorial models of the state, tracing sovereignty instead at spatial and temporal margins, and showing how affect, disposition, and uncertainty can be understood as important registers of politics and economy. Themes relating to the material and moral forms of the state are explored in the published and ongoing work of many in the department. We also examine how the law, biological relatedness, and sexuality converge to render uncertain the meaning of such things as the family and paternity.

A third theme uniting our faculty is the anthropology of religion. Drawing on expertise in Hinduism, Buddhism, Islam (in the Middle East and South Asia, both Shi’a and Sunni), Judaism, Protestant Christianity, and “secular” philosophical traditions on issues such as asceticism, we raise conceptual questions to guide research across diverse traditions. Over the past three years, we have run conferences resonant with religious themes, such as “Newness and Tradition” and “Number as Inventive Frontier.” Recent publications have investigated religious intersections with the everyday, virtues and cultivation of the self, and the economy. New and ongoing projects examine modesty and moral regulation in relation to dress and public appearance in Iran; addictions and religion among the urban poor in Santiago; and Nigerian global commerce, divination and futures.

The anthropology of media and the related pursuit of visual anthropology is one more significant field of emergent interest among many faculty and graduate students in the department. This collective interest is evidenced in an examination of how media technology shapes perception, affect, and governance, with respect to visual culture in Peru, for example, or commercial film production in south India. Our faculty have worked to curate photographic and museum exhibitions, and to produce documentary film. Despite our diverse angles of engagement, we share a concern for technical aspects and instruments of media production, building outward into multiple engagements with science and technology studies.

Questions of environment and ecology constitute one final field of emergent and collective concern among many of the faculty and graduate students in the department. In recent years, faculty in the department have examined the materiality of riparian environments in Bangladesh, environmental governance in Latin America, and ecologies of the cinematic image in India. Our graduate students have investigated the visual culture of Indian fisherfolk and the melting of glaciers in the Andes. Our work on these topics engages with contemporary debates around climate change and the notion of the “anthropocene,” as well as with the many ways that environmental concerns inflect questions of global health, religion, and state power.

Create a job alert and receive personalized job recommendations straight to your inbox.