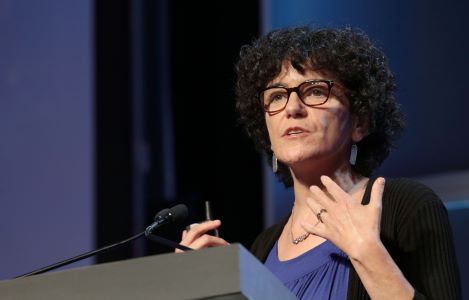 Career Spotlight is a series of interviews with anthropologists who are members of the American Anthropological Association (AAA) to share insights, knowledge, and expertise about career opportunities, growth, and development.

Melissa Cefkin is a practicing anthropologist working at the crossroads of technology, business and mobility. Currently in a User Experience role at Waymo developing autonomous vehicles, she has led and worked in social science research labs at Nissan, IBM, and Sapient corporations after starting out her post-PhD professional life at the not-for-profit, the Institute for Research on Learning. She received her PhD at Rice University, and has served on the Board of Directors for the Ethnographic Praxis in Industry Conference (EPIC). She has been a frequent presenter at conferences internationally, served on numerous editorial boards and on a committee for the national Academies of Science, and is a Fulbright award grantee. She is the editor of Ethnography and the Corporate Encounter (Berghahn Books 2009) and numerous other publications.

1. What made you decide to choose anthropology as a career path, and specifically your specialty?

I was born into a family with a very rich past and active orientation to the world at large. My parents were first generation Americans whose parents had left the areas of the Pale of Settlement in the early 1900s, and who grew up in New York as immigrant kids.  My father was a professor of political science and international relations, with a focus on the Middle East and Africa. We were one of just a few Jewish families in a college town in Colorado. when I was 3-4, we lived a year and a half in Rhodesia (now Zimbabwe).  My siblings have done such things as diplomacy, Peace Corps, run refuge camps, and other social, cultural and educational pursuits.  Attention to and care in people across the global, and attending to the everyday justices and injustices they experience, is just part of who we are!  Another major influence was that as a young teenager I started joining an international folk dance group of the local university. Anthropology appealed to me for its breadth of subject-worthy attention, and its grounded, bottom up, attending to the everyday, and especially its interest in performative cultural productions. All that said, I never imagined I would be performing shades of anthropological work in businesses and on technology - perhaps the most exotic 'places' of all for me!

2. What is a piece of advice you would share with job seekers or offer a new anthropologist just beginning their career?

Piece of advice for job seekers:  Where you go next is not likely to be where you stay.  Think of your career as steps and progressions - no single choice is likely to hold it all.  Specifically for those expecting to leave academia, I think. Taking a portfolio approach to building a career can be very powerful - eg. in my path that meant things like some consulting, some non-profit, some working from the inside of a company. Build some experience, try different things.  Specifically for those considering entering the commercial side of things, an additional piece of advice is to learn how organizations function. What are the different kinds of divisions and what is different about the motivations, tempos, and expectations across them? While there is surely some overlap, working as an experience strategist for a consulting firm is not the same as working as a UX Researcher on a product team and neither of those are the same as working for a more think-tanky organization meant to advise on a particular topic (such as AI ethics) across an organization.  Understand roles and divisions, and their differences.

3. Is there a unique short story about how you landed in your current career or path?

I never had any idea that anthropologists were working in business and high tech sectors, really, until the very week I finished my PhD and my cohort and I threw a big bash to celebrate. A former grad student showed up. She said that the not-for-profit organization that she was working for was looking for researchers.  Where and on what?  At the Xerox corporation, studying back-end functions like accounts receivable, billing and collections. I am quite sure my jaw dropped, this being perhaps the most exotic thing I could envision -- as far from my familiar experience as I could imagine!  Thus I found my way to the Institute for Research on Learning (IRL).  And there I stayed, fascinated, if still dubious at times, of what it would yield.  Moving from IRL to Sapient 7 years later was equally surprising when I was hired into a Director of Ethnography role.  Some of the most compelling and rich social cultural studies I have yet to see!  And from there to IBM based on the origin story that to really understand the service sector well (IBM had moved from the product to the service sector most resoundingly by then!), 'people scientists' would be essential.  And not just psychologists....  Finally my move from a focus on work and work systems to autonomous vehicle development started from a deep place of skepticism -- do we really need cars that drive themselves? -- until considering further how and why this is such a profound transformation in the making.

4. What do you consider one of your career successes? How did you achieve it?

By far the greatest career success i've felt is in having helped and encouraged younger scholars, often left feeling disempowered and uncertain in their academic track, see a way forward in different tracks.  That leaving the academy wasn't a failure, but wasn't in and of itself a reason for celebration either.  Every career track has its trade-offs, and I am happy and proud to both support and push on those who are afraid to take off, or only want to put on, those rose colored glasses. I stand on the shoulder of giants, and it is people like Jeanette Blomberg, the late Gitti Jordan, Rick Robinson, and Maria Bezaitis, who remind that engagement and critique are two sides of the same coin. There are two things in particular I'm especially proud of for catalyzing this support for others. One was my edited volume, Ethnography and the Corporate Encounter (Berghahn Books, 2010), when I heard from grad students it was like a 'bible' for them in seeing their way beyond academia, on the one hand, and peers who said it showed the way to do business AND scholarly work at the same time.  The other is helping give rise to what is not a thriving organization, community, and annual conference, EPIC. EPIC promotes the practice of ethnography to create value in industry, organizations and communities, and I'm honored and humbled to have been a part of giving rise to what it has become.

5. What impact has the American Anthropological Association had in shaping your career?

The AAA was especially prominent in my early career in showing and shaping a way forward.  I'll never forget my first AAA conference, in New Orleans.  It was amazing to see these extraordinary scholars whose work I read talk in person. And to engage (well, at the beginning, mostly eavesdrop on) hallway debates and discussions.  The book fair -- this was in pre-internet days! -- was extraordinary.  A richness and wonder of so much scholarship, creativity and diversity. The annual conference was a true highlight of the year!  The subsections themselves were a way of seeing and understanding different cuts and possibilities for constructing thematic foci and cuts of experience. I still enjoy reading Anthropology News, and though I don't follow it religiously, appreciate being able to dip into threaded conversations with the Communities, especially when debates and discussion ensue.

Learn more about AAA and its members. 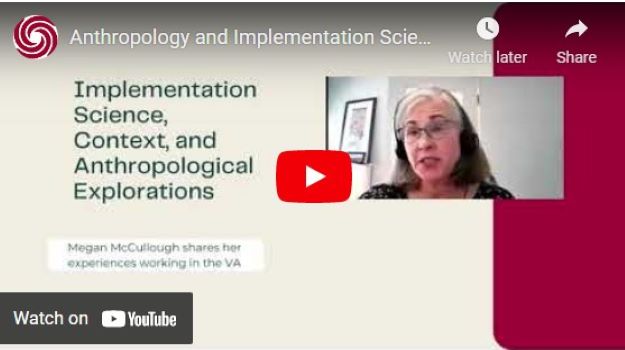 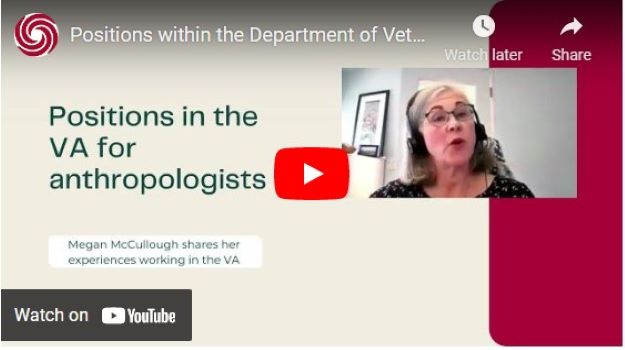 Positions in the VA for Anthropologists 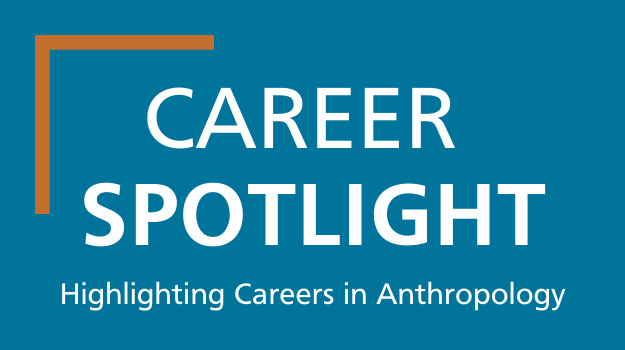